Dubby left for war in 1940 and served in North Africa and Italy, before being invalided home after he was shot in the right arm on Christmas Day, 1943. (Information courtesy of whānau). 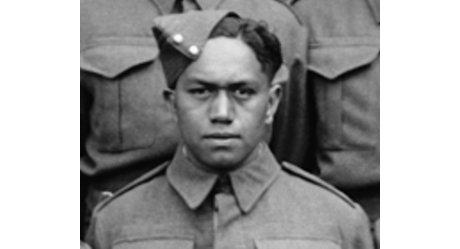