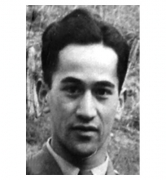 Obituary for Sir Henare Kohere Ngata written by Dr Monty Soutar and published in Pipiwharauroa, Monday 19 December 2011.
Some editorial corrections made to text by Site Admin.

If one had to sum up Sir Henare Ngata's life in a sentence it would be that his was a life dedicated to the pursuit of equality for Māori in Aotearoa, a noble yet tremendously challenging commission bequeathed to him by his father, the great statesman Sir Apirana Ngata.

Sir Henare was born 19 December 1917, the youngest son of Apirana Turupa Nohopari Ngata and Arihia Kane Tāmati of Whareponga, named in remembrance of Lieutenant Henare Kohere who was killed in France during the First World War. Raised at the ‘Bungalow' - the Ngata residence at Waiomatatini - his formative years were spent in the Waiapu Valley where he received his initial schooling at Waiomatatini School, before matriculating at Te Aute College in 1934 (the equivalent of gaining university entrance). He commenced a Bachelor of Arts studying at Victoria University where he was one of a handful of Māori students. The young Henare was quite the socialite, he joined the newly established Ngāti Poneke club, and he also won the Weir House billiard championship twice. As to his studies, he perhaps gave these less effort, an attitude that was to change when he returned to varsity after the war.

It was at Victoria that he met the woman who he would devote his life to, Rora Lorna Mete-Kingi, who was at Teachers College but also studying at varsity.  Lorna was the daughter of Maihi Rangipo and Doris Metekingi of Pūtiki, Whanganui. Sir Henare had a year's study to go to complete his degree when the Second World War broke out.  As well, he had just started working at the National Broadcasting Service in Wellington.  In an interview in 1995 he recounted:

When war broke out I did not enlist immediately. At the time my girlfriend and I were going together. So I was not that excited about signing up to become a soldier. Many weeks passed before I eventually enlisted. Now, before I signed up, I went to Parliament to visit my father. I knew the old man was waiting for an explanation as to why I had not volunteered. He did not ask me, nor did he say a word about it. However, I knew he was wondering, ‘Huh? Why is it taking this person so long to enlist?'

Sir Henare enlisted in October 1939 and the following month was selected along with 150 other Māori recruits for a course of instruction in the army school at Trentham Military Camp. It was expected that these recruits would provide the bulk of the junior officers and NCOs for the 28 Māori Battalion that was to be trained in Palmerston North in 1940. He graduated as Company Sergeant Major for C Company.

"He thought that we should get married," recalled Lady Lorna. "We'd known each other as friends for some time and he thought he'd like to get married before he went away." The couple were wed at Pūtiki, Whanganui on 24 December 1940. After a brief honeymoon Lorna went teaching at Rauponga and Henare went back to camp. They were to see each other fleetingly before he left on active service in May 1940. By that time he had been promoted to second lieutenant, one of the original officers in C Company.

In England he witnessed the Battle of Britain while the Māori Battalion was stationed outside of London, before heading to Egypt in 1941. In late-March of that year he took part in the Allied defence of Greece. It was a baptism of fire in the ancient lands of the Mediterranean that was to end in crushing defeat. When the British command decided to abandon Greece most of the Māori Battalion was evacuated from the Athens area to Crete but Sir Henare was among 81 Māori soldiers captured at Kalamata in southern Greece on 29 April 1941. He was to spend four years in German prison camps - first at Biberach, in south-western Germany - until liberated by the American forces. These were harrowing years, with food uppermost in prisoners' minds, boredom to overcome, and the anxiety of never knowing whether you would ever see your loved ones again.  The impact of the prison experience affected the young officer (now a captain) so much that on his return he just wanted to return to Waiomatatini and hideaway.  His father, however, ordered him back to university.

He and Lady Lorna took a flat on the Terrace before moving into a unit at Naenae, while he completed his BA and a Bachelor of Commerce. These were hard times for they had little income, but nothing in comparison to what he had endured in the prison of war camps. Keen to get closer to home they returned to Gisborne in 1949 where they had a home in Endeavour Street.

Sir Apirana, who had lost his second wife Te Riringi, was ill and he asked the couple to adopt her mokopuna Wikitoria Whyte (now Mrs Colin Bidois), then 11 years old, who the old man and Te Riringi had raised.  In 1950, Lorna heard her brother's wife was carrying a seventh child and she asked if she could have the baby. She took him straight from the home and they named him Apirana Turupa Maihi. A year later they adopted Sue Hinehou Rahera Cooper, who was also 11 at the time. She was Sir Henare's sister Hana's daughter.

During this time, Sir Henare was gleaning practical accountancy experience with Gisborne Sheep Farmers and then McCullochs, Butler, & Spence. He then started his own business; the first Māori accountant, at a time when there were few Māori businessmen and despite the doomsayers and the lack of support from even Māori, clients eventually beat a path to his door.

Appointed to the board of the Mangatū Incorporation in 1959, he served as its chairman for 18 years. As well as the highly successful Mangatū Blocks, he chaired a number of other incorporations. In 1964 he bought a home in Grant Road, Gisborne.

It was in the area of land development that Sir Henare made a valuable contribution to the Tairawhiiti district. Although holding large areas of land, Māori farmers were unable to get the finance needed to develop their properties. He was a big help to them, evidenced by those who turned up to his tangi to thank him. He was also a powerful force behind the scenes in battles for better Māori land laws, a workable treaty settlement process and in claims to state owned enterprises, fisheries and broadcasting. He was chairman of the New Zealand Māori Council where much of his regional experience was expanded to effect positive change for all of Māoridom.

Sir Henare was knighted in 1982 for 30 years service to Māori. He retired in 1990, but his work on matters Māori continued, much of it without recompense - simply a labour of love.  He was the architect behind the C Company Trust and had he not approved or supported it, the country would not have the benefit of Nga Tama Toa - the story of C Company, nor the biography of his father's life He Tipua.

Sir Henare was an authority on many things Māori including the all-important Treaty of Waitangi and the later foreshore and seabed issue. His greatest disappointment in recent times was that he was not given the opportunity to present his submission on the Marine and Coastal Area (Takutai Moana) Bill to the select committee. When asked why he would even bother, given that the Bill would be passed anyway, he remarked, "so that I can satisfy myself that I raised my hand to object.

In 1948 Sir Henare provided Eric Ramsden with his own brief analysis of his father's lifetime of work which Ramsden published in a book about Sir Apirana. It is apt that a portion is quoted here. While Sir Henare was describing his father's life, it is equally a description of his own life, despite being only 29 years when he wrote it.

"Some men have the misfortune of seeing their aims in life accomplished while they live, leaving them in Alexander's dilemma of not having any more worlds to conquer. A favoured few who see far beyond the hills, yet who constantly keep their objective before them, find satisfaction both in accomplishing and in striving. With each step taken, with each obstacle overcome, a task is complete: yet the goal is ever there, always the same in essence yet richer with the completion of each stage. Among such men I think I can number my father. The complete fulfilment of his purpose will never be achieved in his lifetime, nor in ours: so long as there is a Māori people the objective will remain, growing with life itself. Therefore, as it is something bigger than any single individual, Death cannot defeat such men- the Waiapu flows on. And I know that while he lives Dad will continue striving and working until, as he once said: ‘Death finds me in harness, working, working, working!" When that day comes he will find satisfaction in knowing that there are some in the younger generation, less blessed with talent perhaps, who are willing to devote themselves to keep the torch of Māoritanga alight." 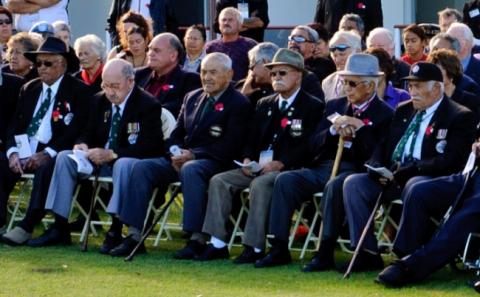 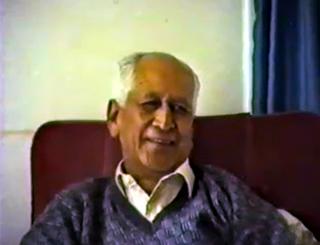 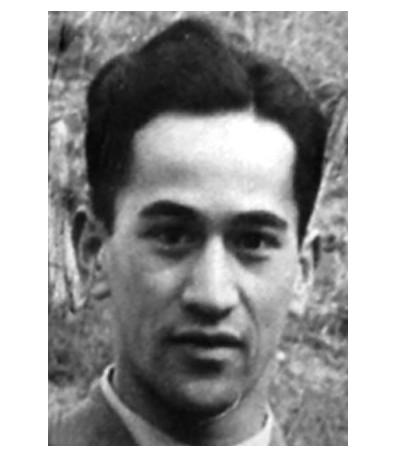