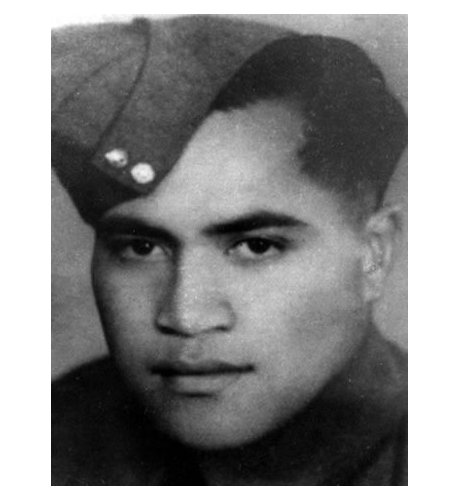 Posthumous award of the Distinguished Conduct medal to Lance Sergeant Ngakete Tukaki during the investiture ceremony on 13th of September 1947 at Uepohatu marae. His parents received the award on his behalf. Seventeen decorations were presented to service men and women who had served abroad and on the home front.