See letter from Kahi Harawira to Ngata from the Middle East on November 9th, 1941.

Mr Kahi Takimoana Harawira, a chaplain to the 28th Maori Battalion during the Second World War and vocational guidance officer in Auckland until 1955, has died, aged 71.

After the First World War, in which he served at Gallipoli, Mr Harawira attended the Te Rau Anglican Theological College in Gisborne. He was ordained at St. Mary's Cathedral, Auckland, in 1921. He was a Maori missioner in several Anglican parishes in the North Island before becoming chaplain to the 28th Maori Battalion at the beginning of the Second World War. Mr Harawira returned from the war after three years' service, holding the rank of major. He became a vocational guidance officer in Auckland and held this position for 12 years.

He played a prominent part in the work of Moral Rearmament and in recent years took part in MRA missions to India and South-East Asia, Brazil, Tonga and Europe.

He is survived by his wife, two sons and a daughter. 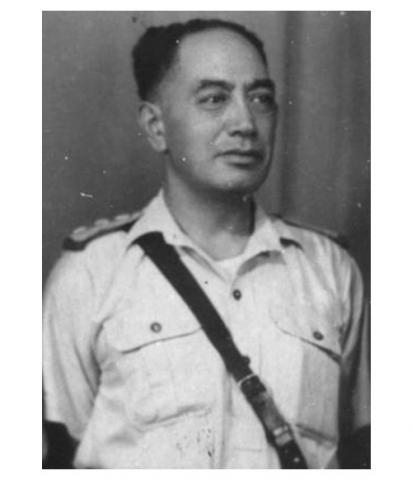