Enlisted as Sergeant, rose to rank of Major by end of the war - see Cody and comments below.

Ossie was one of those young Officers who had been commissioned in NZ, but reverted to the rank of Sergeant when shipped overseas. However, he was quick to impress, (by his decisive manner and genuine leadership qualities) his superior officers and he was returned to the rank of 2nd Lieutenant and posted to 'D' Company of the Battalion.

Ossie Huata (as were his brothers Dick and the Reverend Wi), was a tough and aggressive footballer. Though sometimes over enthusiastic and even reckless on military occasions, increasing experience and responsibility soon served to curb his natural impetuosity.

When WWII finished and 'J' Force was formed Ossie was appointed 2IC of 'D' Squadron, the Maori component of the Divisional Cavalry Regiment commanded by LLCol. D. McIntyre DSO.

After his stint in the Army, Ossie entered the Wellington Teachers College and subsequently returned to Frasertown to teach at his old school. However, school teaching was not his forte and he soon involved himself in the Promotional and Managerial side of various Tribal and National Enterprises. This became a full-time job.

Latterly Ossie Huata concerned himself with the Social and Educational advancement of the young Maori. This onerous and often itinerant employment with the Department did not however curtail his numerous voluntary commitments.

It was a grievous blow, when so soon after our Hastings Reunion which was so typically an Ossie Huata affair, we learnt that Ossie had died and we were off to Hastings again for his Tangihanga. In a Soldier's War Ossie was a good soldier.

Thanks for putting this profile in of Dad. He was a Major in the battalion and birthday was in July 1922.... 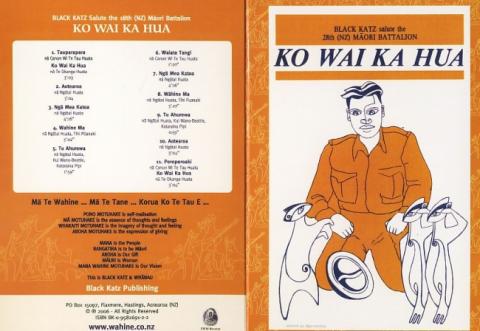