This article appeared in The Maori Battalion Remembers III, 1988, p.16

Henare Hapa Takarangi was born at Ranana on the Wanganui River January 3 1919 and died at Waitara last year aged 68.  He was raised in the Catholic faith and instilled in the traditional lore and values of his people.

Hapa was educated at Scared Heart Convent at Ranana and won a Scholarship to St. Patrick's College, Silverstream.

He joined the 28th NZ (Maori) Battalion and served in the battle theatres of Greece, Crete and Egypt, rising ot the rank of Captain.  Hapa was a fine footballer and played at fullback in the Battalion team which won the final of the 2nd NZ Divisional Rugby Competition at Tripoli.  When he returned home he continued his rugby career in Wanganui.

After the war Hapa worked for the Dept. of Maori Affairs in Wanganui.  He then began private practice as a licensed interpreter specialising in Maori land Court work.  He was particularly busy with this work in South Taranaki.

Hapa joined the NZ Railways at Pukekohe transferring to Rotorua where he retired due to ill health.

He devoted his time to helping the Maori people and other members of the wider community.  He was a Justice of the Peace, Past President of the 28 Bn brach of Wanganui and Chairman of Putiki Marae Committee.  He was keen to promote education and was founding member of the Maori Education Foundation.

He now rests in peach in the Soldiers Cemetery at Waitara.

Hapa is survived by his first wife and their three sons and four daughters and grand-children and by his second wife, her son and grandchild. 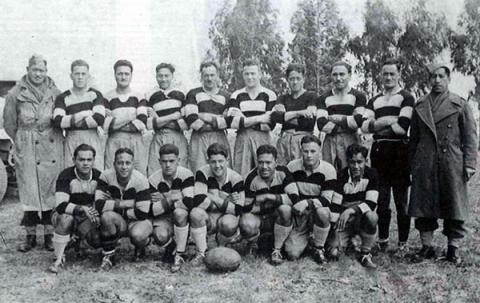