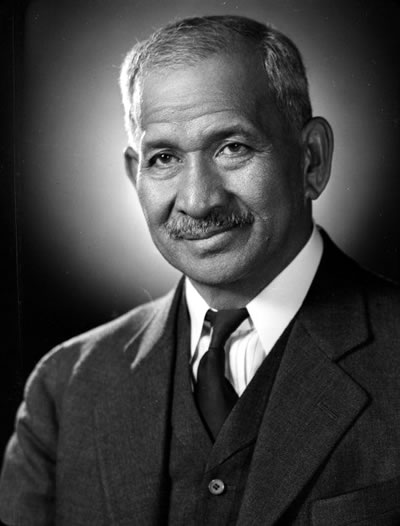 Sir Āpirana Ngata (1874–1950), of Ngāti Porou, was a leading Māori politician in the first half of the 20th century. He was the first Māori to complete a university degree and served as MP for Eastern Maori from 1905 until 1943.

During the Second World War Ngata supported Māori involvement as an obligation under Article Three of the Treaty of Waitangi, which gave Māori the rights - and responsibilities - of British subjects. 'We are of one house, and if our Pakeha brothers fall, we fall with them', he explained. 'How can we ever hold up our heads, when the struggle is over, to the question, "Where were you when New Zealand was at war?"’ He also believed that full participation would earn Māori people the right to demand the full benefits of citizenship after the war.